It is planned to participate in 12 races ( See provisional CALENDAR ) within Team 240 Racing , exclusively powered by Kart Pro Racing (KPR) and sponsored by Teknic .

The unprecedented combination of the Isack – 240 – KPR trio should perform well. We hope that the pilot’s lack of experience will be filled very quickly by the coaching of 240 Racing with Freddy Martins and the exceptional quality of the KPR engine. The Zanardi chassis will have to take everything to victory …

Decoration for the 2016 season 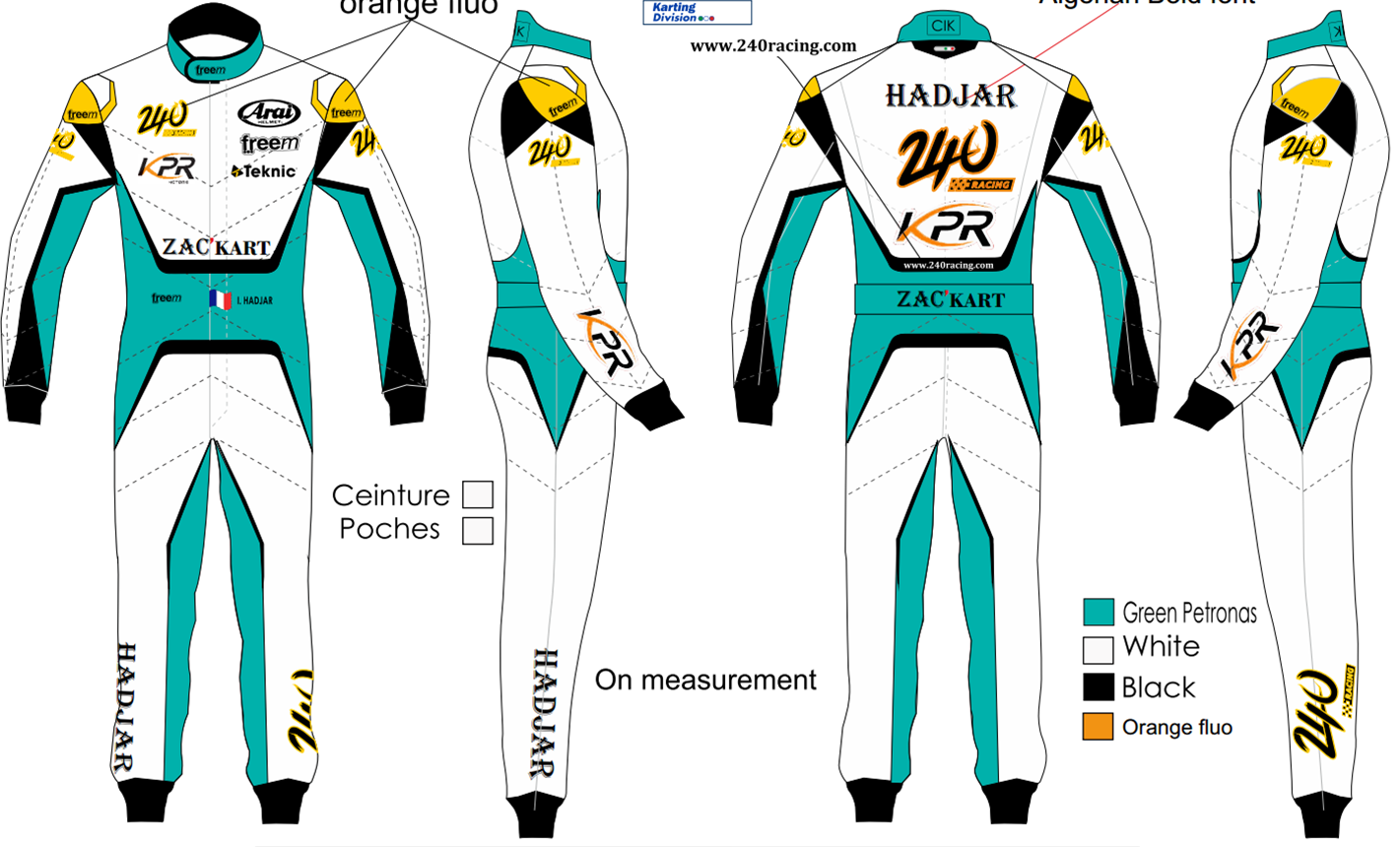 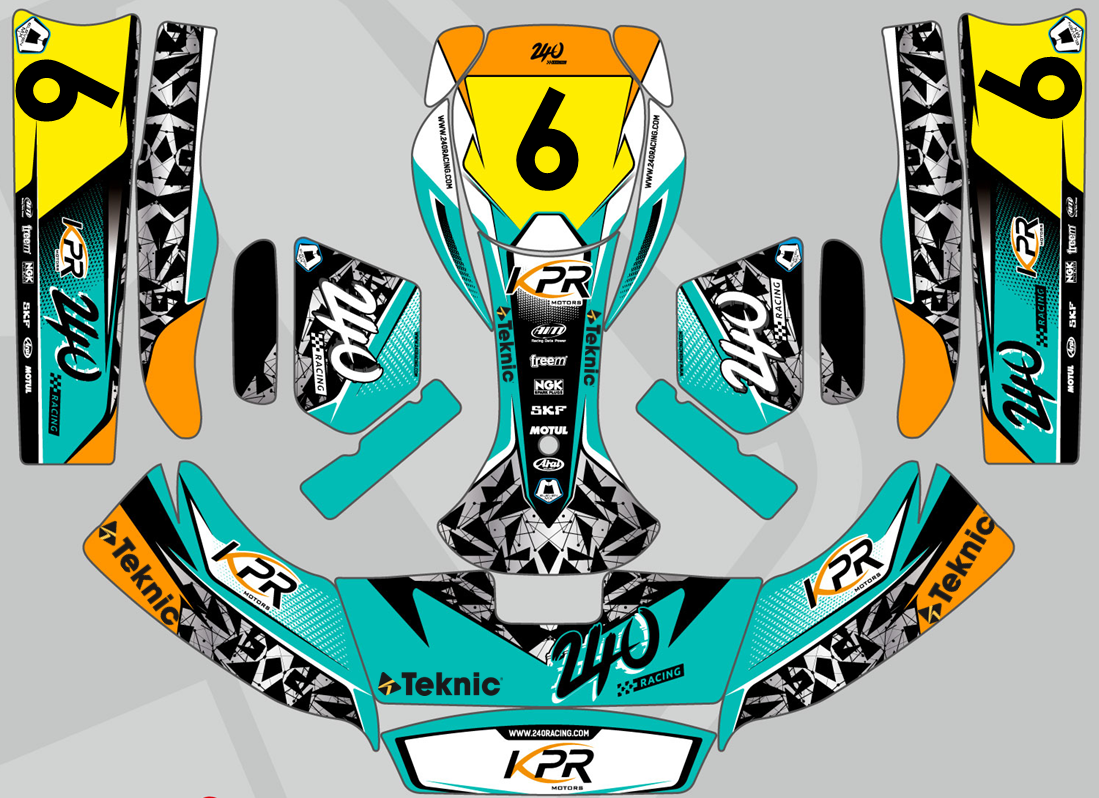 KartMag Trophy in Varennes on July 23 and 24

Failed time trials (P10) but zak recovered by finishing P3 then P2 in both heats. In the Prefinal, zak limits the damage by going from P2 to P3 and in the final he passes P1 from the 1st round and fights for the victory with Dylan. The latter forces the passage at the last corner of the last lap: Zak finishes P2 and Kilian Fraysse, who climbs up 21 places, finishes P3. Well done to Team 240 and a big thank you to our sponsor TEKNIC.

Throughout the weekend, the performance was not there. A 10th place in the qualifying practice allows Zack to start P4 in all heats and finish P5 in the heats classification (P3, P4, P4, P1). In the Prefinal, Isack climbed 2 places to finish P3 and give everything in the Final to finish Vice Winner of the Coupe de France . 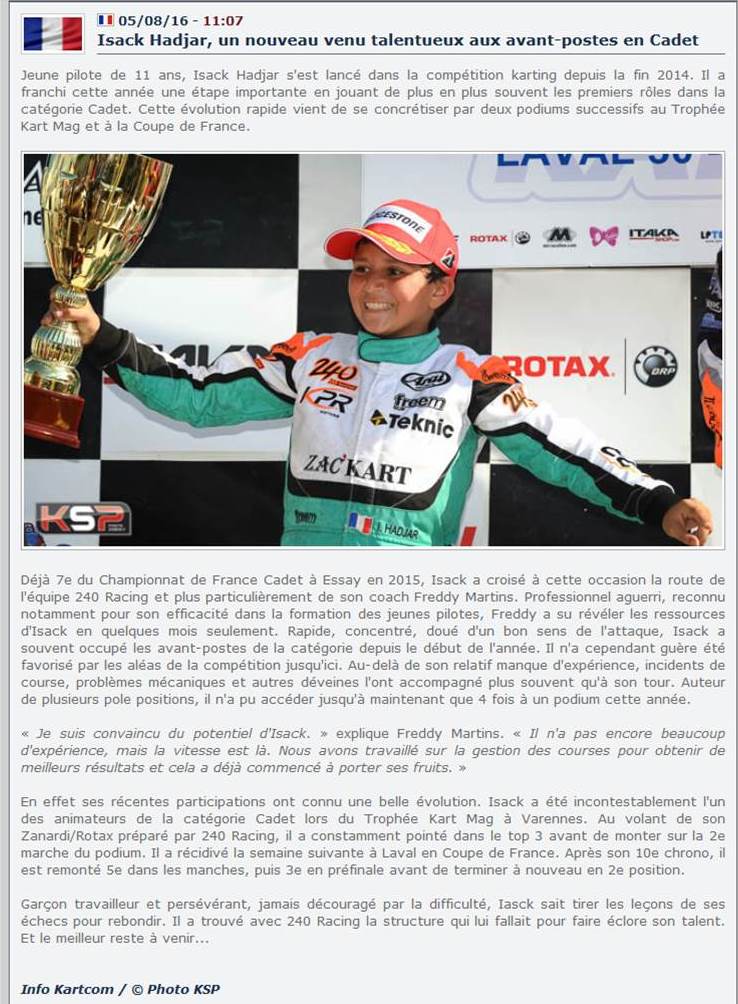 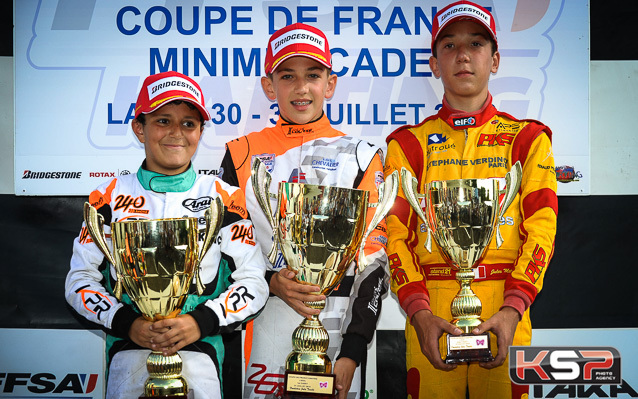 Another very good performance from Isack, who climbed the second step of the podium for the third time in a row. Isack controlled his opponents until the last corner of the last lap (as in the KarMag trophy) where this time it was a racing incident which deprived him of the victory and consequently of the 3rd place overall in the NSK. As a result, Isack loses his qualification for the Rotax Max Challenge Grand Finals 2016 in Sarno. 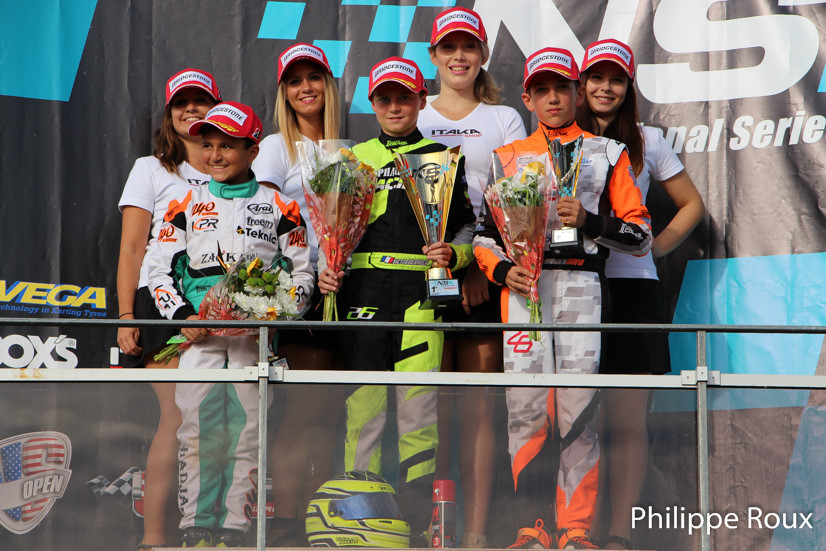 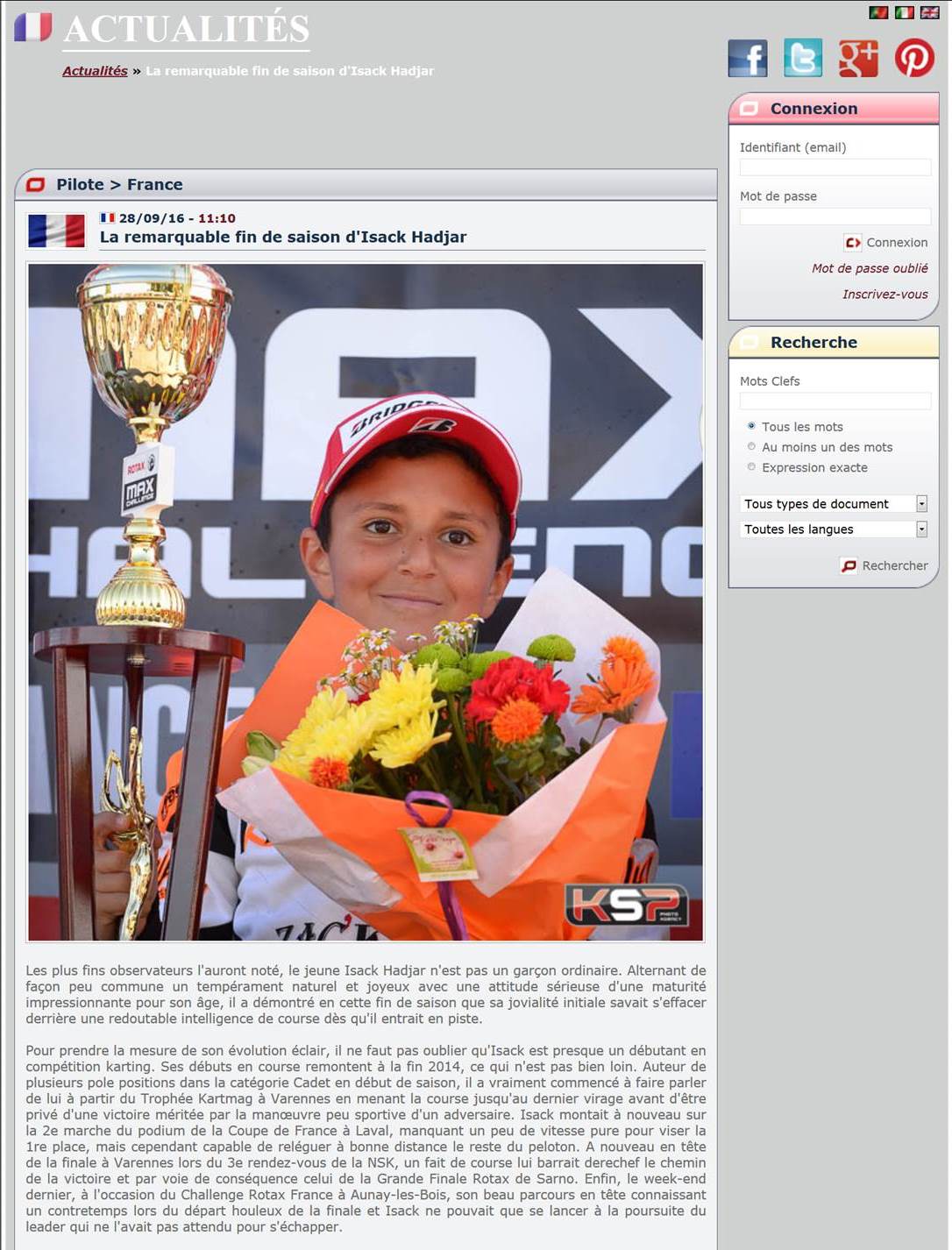 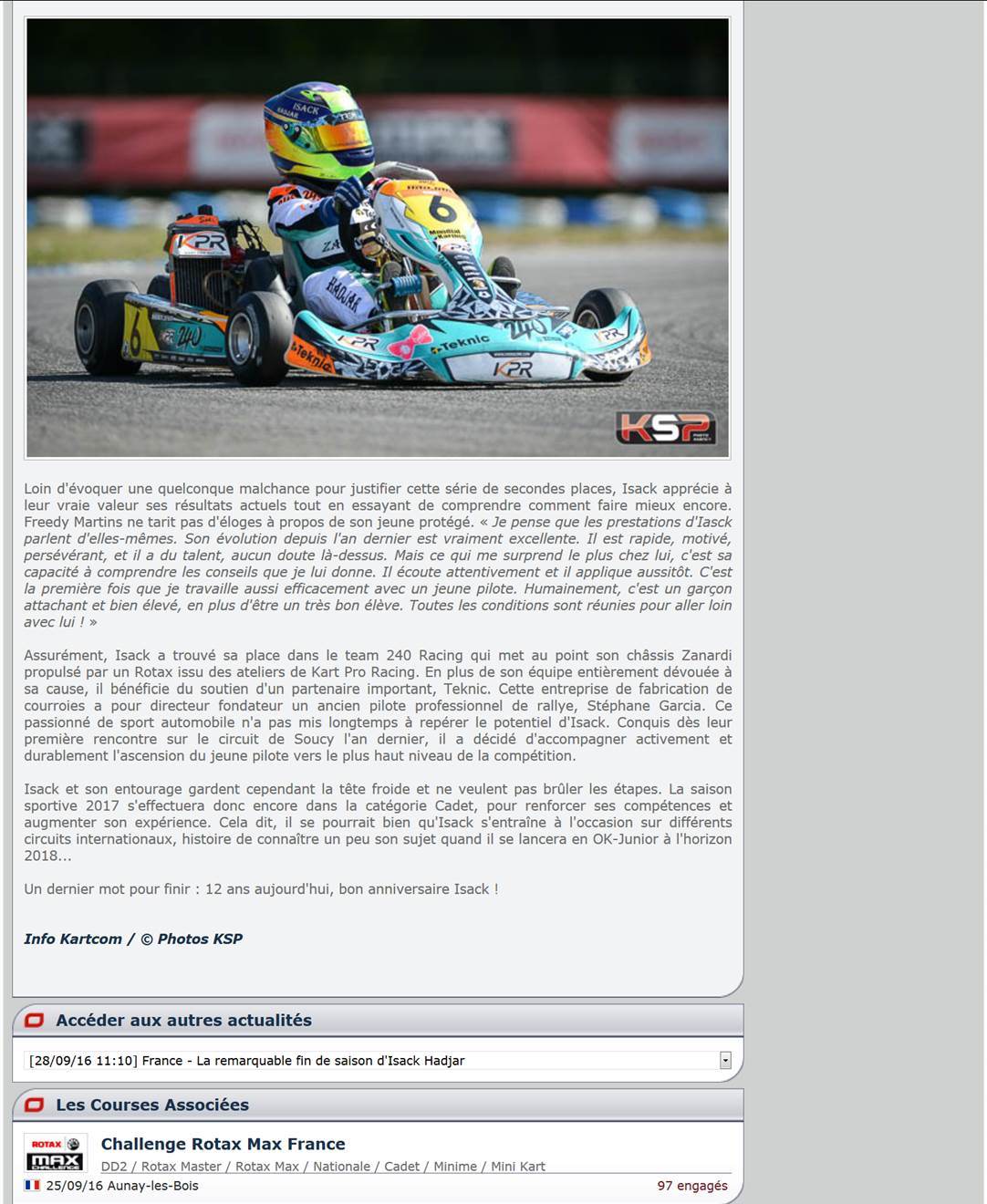 A Race not planned on the calendar … Isack manages the perfect course, from pole to qualifying to the final. With only 2 races out of 4, Isack finished on the 3rd place of the 2016 Stars of Karting podium.